Judging by the comments and enthusiasm that my post on #RuralLiving drew, it seems to me that the idea of living in India’s villages is romantic enough for many people. Therein lies the irony – it is romantic, but is it achievable? After all, one can’t subsist on clean air and water (seeing as India is not turning socialist anytime soon). However, therein also lies the opportunity. Let me elaborate.

On the one hand, it may be true that today every other graduate of the hallowed IITs/ IIMs/ Ivy League or such other institutions is not a jobseeker but a (wannabe) job-creator and going down the entrepreneurship route. On the other hand, one in five 30-something yuppies, wants to turn farmer in the second innings of her/his career.

Not too long ago, becoming a farmer was the final resort for the lowest of the low offspring of a farmer and even (s)he would have considered at least one other avenue before signing up for it. The lure of city-life, with its bright lights, shopping options, a service culture (unheard of in the villages), and above all, a much higher income, was something every child who was born towards the end of the Cold War period yearned for.

And yet, for the same reasons that #RuralLiving is a massive innovation opportunity, it is also a tremendous business opportunity. It is possible to make money in our villages too, and not simply through the so-called (real estate) “development” projects (perhaps the last thing rural India needs at the moment, but that discussion could be the subject of another post). Expectedly, the two key sectors to focus on are agriculture and services.

India continues to be known as an agrarian economy but agriculture is rapidly losing its place as rampant labour-drain from villages forces people to look to other sources of livelihood. After all, how can you till the soil if there’s nobody to till it? Yet, if ever there was a time for agriculture to own its moment in the sun, it is now, what with question of food security looming over our heads in the near future. Of course, the challenges for agriculture in India have changed and so the strategy and methods for agriculture must change too. It needs to be accorded the same level of importance as any other science.

What agriculture in India misses is more than simply labour – it lacks a sound systematic knowledge base, appropriate technologies, a focus on scalability, a focus on financials, models to rationalise producer-to-consumer hops, and models to allow non-farmers to participate in the process, to name just a few challenges. But these gaps are precisely where new businesses can flower. Hosachiguru is one such catalyst in the agriculture paradigm that is now being defined.

Scalability or the lack of it has been pointed out too often as the chief culprit in the non-story that Indian agriculture has become. But one look at Desai Fruits & Vegetables will tell you how focus, perseverance and horticultural technology can work wonders and still leave the space open for several more F&V kings. Encouragingly, corporates like Mahindra have taken the leap in the dairy sector. But with agriculture being so vast, there are many such opportunities not just in horticulture and dairy, but also in floriculture, pisciculture, cattle rearing, etc.

Let’s look at the services sector then. Most people seem to believe either that people in rural areas don’t need services or that a service provider will not thrive there. But, consider this. Over half of the upper income households in India live in rural areas. A higher proportion of rural households are D-I-N-K than urban households. The demand-pull for automobile ownership (passenger vehicles) is expected to be equal for rural and urban areas in this decade. Rural incomes and rural discretionary spending have been rising at a faster clip than urban incomes and similar urban spending.

Yet, the rural population is forced to take this discretionary surplus to the cities because there simply aren’t enough avenues, not even essential services, in the rural areas to spend on. A vehicle owner in a rural area must travel at least 50 km, to the nearest service workshop, to get his/ her car serviced or repaired. She must visit the next city to get a salon treatment. He must plan his next city trip such that he can make a visit to the laundry to drop off his ‘dry-clean only’ wardrobe items. She must do justice to her aggregated shopping list for clothes, shoes and beauty essentials when she visits the sole cinema theatre in the city to catch the latest Bollywood release, which will run only for a week at the theatre. Even routine maintenance and repair activities requiring the skills of a plumber, electrician or carpenter require dialing into a city directory for summoning required help.

These simple enough routine activities for an urbanite require significant planning, long-distance commuting and an enormous amount of time for the upper income ruralite. Admittedly, it would take an innovative business model, novel channel marketing tactics, and a long-term horizon to make services economically sustainable in the rural areas. But surely the reward should be worth the risk once a solution to the aggregation and scalability challenges is achieved.

More power to our villages! 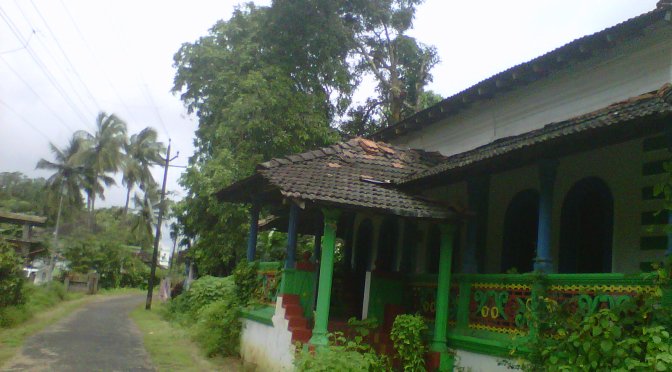 #Cities, #Urbanisation, #SmartCities, #SustainableUrbanisation, niche markets, the urban upper middle class… It seems to me that every ‘new’ idea is about the ‘urban’ consumer. In and outside of my work, I am surrounded by entrepreneurs who see the ‘vast urban population of India’ as their key market. Then there are the ‘innovators’, who want to make ‘urban living’ smarter, cleaner, more social, more efficient, more human.

Urban living brought with it several conveniences, not the least of which is that one doesn’t have to worry about who will remove the trash from one’s doorstep. Unfortunately, while it raised our standard of living, it also led to the green-house effect, congestion, pollution (air, land, water and noise), stress and lifestyle related health disorders, and an overall decline in quality of life.

Now, if only we could marry the convenience of urban living with the pristineness of rural life. This is where India truly needs innovation, a la #SidewalkLabs, to turn the ‘forgettable’ mess… or mass into a world-changing opportunity.

The key advantage of training the lens on our villages, 638,000 of them, is that a number of the sins of urban living need not be ‘repaired’ before a solution for higher quality living can be employed, thus, leapfrogging the gestation curve. Also, the fragmented numbers lend themselves to rapid experimentation and potentially rapid scalability too, with enough room for customization and, thus, further innovation.

Five areas stand out as test beds for ‘quality of life’ innovation in the Indian rural landscape:

Water, water, where art thou? Supply of and Access to Water

The most basic necessity for viable human existence, availability of and access to clean water continues to be right at the top of the list of ‘needs’ to be fulfilled in the vast rural hinterland of the country. Themes such as conservation, rain harvesting and desalinisation have been part of government schemes for long but organizing channels to supply clean water still remains a challenge. One should take a leaf out of Israel’s book on water management technology.

Not just electrifying but energising: Sustainable Generation of and Access to Renewable Energy

Our villages have probably done more in terms of experimenting with methods for harnessing renewable energy than urban areas, even if and especially on a micro level. The challenge remains huge but so does the opportunity. It is not unthinkable for a village to meet its energy requirements wholly from renewable sources, whether solar, wind, hydro, oceanic or organic. Imagine replicating such models over 638,000 villages!

A Roof with a View: Unique and Localised Forms in Construction

One of the lures of the countryside for the urbanite is the unique architecture of our villages peculiar to each geographical region. Unfortunately, with the misplaced grandeur of and love for everything glass and concrete, the ability to create building structures from naturally, locally and readily available materials has become a dying art form. I witnessed this first hand while painstakingly seeking skilled labourers to construct a family home, a sloping-roof structure, in our native village using the chira (aka jambha) stone, a red laterite variety specific to the coastal belt of Maharashtra.

This remains a fantastic opportunity for innovation as well as reviving our cultural heritage. UNIDO has listed several environmentally friendly Indian building material technologies for housing. (Funnily, I didn’t hear of a single one of them from the contractors who built our family home.) Mahindra Lifespaces has dabbled with creating special bricks that are lighter, stronger, cheaper, longer lasting and environmentally friendlier than conventional ones for some of their projects.

An Opportunity Not to be Wasted: (Solid) Waste Management

When I first came to Mumbai, I could think of just one word to describe the city: ‘filthy’! As a long time resident of Mumbai now, I’ve grown accustomed to seeing piles of garbage being generated by our urban lifestyle and what it does to the potential charm of this city. But it irks me no end when I see our rural neighbours go one step further in their flagrant use of non-biodegradable materials, all because their standard of living has ‘improved’, and an even greater disregard for what such use does to the delicate ecosystem of the villages. With no civic setup or system for organised garbage removal and/ or treatment in our villages, any and every spot could be a garbage landfill.

To my mind, this self-destructive habit needs to be nipped in the bud. When countries such as Norway and Sweden are importing trash to be able to keep their recycling and energy programmes going, it would be a shame if we allowed this multi-billion dollar opportunity to go to waste, both figuratively and literally! We need and can make a Terracyle in India! In the meanwhile, take a look at what this nodal agency in Vengurla, India, has done with their waste.

That human beings crave connection with other human beings was never more apparent than it is today. The rural populace is no exception to this rule. It craves the same connection and sense of belonging as the next urbanite. In the virtual world, despite Internet usage in rural areas still remaining abysmal (and hence, another opportunity), the access to smartphones has enabled this to a large extent. In the physical world, however, a lot remains to be done to connect remote parts by road/ rail/ water ways. Admittedly, it involves working alongside rather than in competition with the nodal bodies.

Uncovering the secret to long term health and fitness, one tip at a time